At the recent OptaPro Forum, I was delighted to be selected to present to an audience of analysts and representatives from the football industry. I presented a technique to identify different player types using their underlying statistical performance. My idea was that this would aid player scouting by helping to find the “right fit” and avoid the “square peg for a round hole” cliché.

In the presentation, I outlined the technique that I used, along with how Dani Alves made things difficult. My vision for this technique is that the output from the analysis can serve as an additional tool for identifying potential transfer signings. Signings can be categorised according to their team role and their performance can then be compared against their peers in that style category based on the important traits of those player types.

The video of my presentation is below, so rather than repeating myself, go ahead and watch it! The slides are available here.

Each of the player types is summarised below in the figures. My plan is to build on this initial analysis by including a greater number of leagues and use more in-depth data. This is something I will be pursuing over the coming months, so watch this space.

Some of my work was featured in this article by Ben Lyttleton. 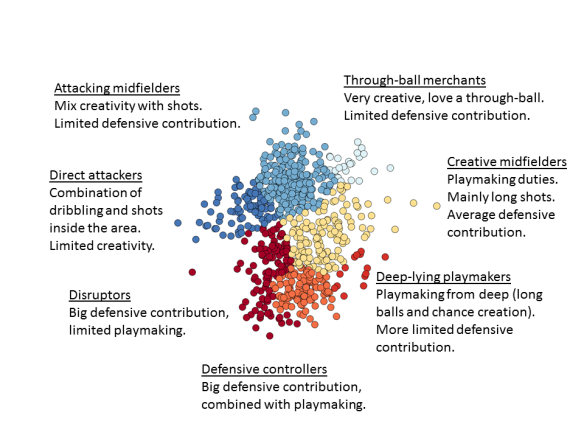 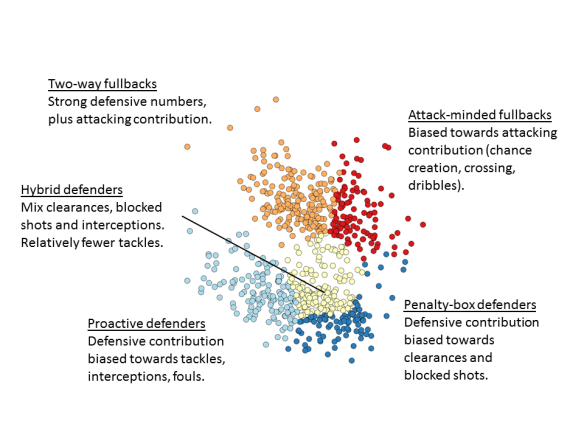